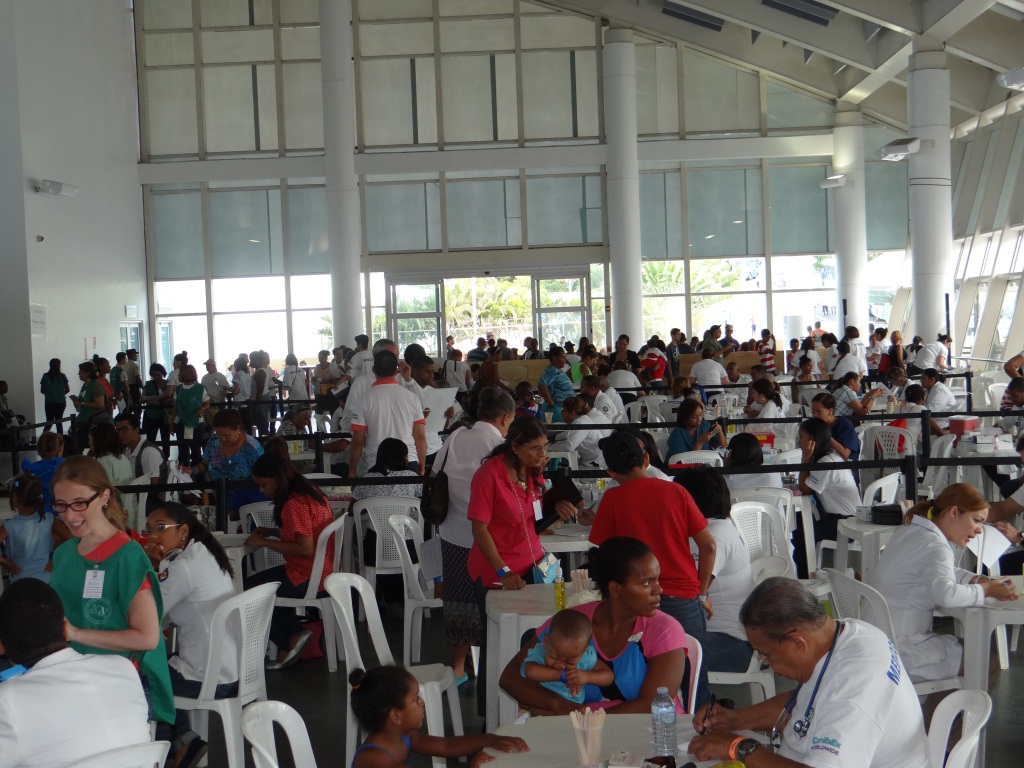 Through this free medical platform, more than 4,000 patients , were examined by the team of Dominican and Puerto Rican doctors.

Santo Domingo, Saturday, May 16, 2015.- The eighth edition of the health Fair was organized by the Ferries del Caribe Foundation and was placed on The SANSOUCI Cruise Terminal, last saturday from 6.00 am to 4:00 pm. Through this free medical platform, more than 4,000 patients previously selected by the Foundation, were examined by the team of Dominican and Puerto Rican doctors specialized in different areas of health.

Patients come from over 25 vulnerable districts of the capital, and were selected by a survey of prior information consisting of visits to the communities to verify the health needs of poor people, and the selection of persons neediest among all households visited. This approach responds to the filosophy of the Foundation “help the poorest of the poor people.” In addition to having specialized physicians in all areas of health, the Fair offers patients a ​​pharmacy area and free delivery of drugs.

The Fair was attended by Dr. Felix Hernandez, Director of the Regional Metropolitan Health Service, Dr. Marcelo Puello, Director of the General Hospital Vinicio Calventi, the President of Ferries del Caribe Foundation, Mr. Nestor Gonzalez and the Vicepresident Ms. Maribel Más, who reiterated that the Fair is a very important activity because the hard work of the whole team involved, made possible to cover many of the health needs of the population more vulnerable.

Meanwhile, SANSOUCI collaborated one more year in the Health Fair by providing the Caribbean Foundation Ferries the first level of the cruise terminal, where this activity was placed. Safety was responsability of the Dominican Armed Forces.